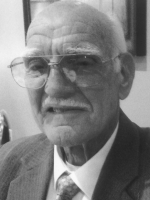 Wayne Duncan’s basketball career got its start with a basketball goal (no net) on the side of the barn at the farm in Swayzee. It is here some epic battles were waged with older brother Homer. Wayne has been credited with being a pioneer of the one-handed jump shot in the area. Although he does not remember exactly how that came about he says it could have been from his elementary days at Point Isabel Elementary School. Here the ceiling was very low and if your shot hit the ceiling, it was considered out of bounds. Thus, a more line drive less arch shot was needed.

Wayne credits high school coach Bill Barnard with making him connections with Mississippi State University in the powerful SEC. After high school, he packed his bags and headed south from home and began a 4-year career with the Bulldogs. He was a starter in both his junior and senior seasons. His junior year (1954-55) he finished averaging 13.9 pts/gm and 6.7 rbs/gm. He followed up with a senior year (1955-56) averaging 15.0 pts/gm and 8.3 rbs/gm. He was honored his senior season by being voted the team’s permanent captain by his teammates.

Upon graduation from Mississippi State, Wayne began a 2-year stint in the Army. In the Army his specialty was Cryptography, but he was never far from the basketball court when needed, playing for service teams while at Ft. Jackson, SC, Ft. Gordon, GA and finally Ft. Lee, VA.

In 1957, Wayne married Jane Koldyke from Marion IN. They raised 4 children Steve, Lori, Brad, and Curt all of whom still reside in central IN and between them have 9 grandchildren. Jane passed away in 2005. Out of the Army and starting a family, Wayne worked for and retired from Beneficial Finance Company after 26 years. He then retired as a VP from Star Financial Bank after 14 years.

Still living in Anderson where he has lived since leaving the Army, Wayne’s early retirement years were filled spending time with and attending all the grandkid events. Today you will find Wayne visiting family and friends with his companion Sandy Jones or working in his yard. Once in the house, if it is basketball season, you can be guaranteed there will be a game on the TV.

When asked what else he felt should be in his bio Wayne’s response was just that he was grateful. Grateful to all the coaches, teachers, friends and family that helped a farm boy get to do all of this. And especially grateful for the support given him and the work ethic instilled in him by his parents William and Alma Mae Duncan.