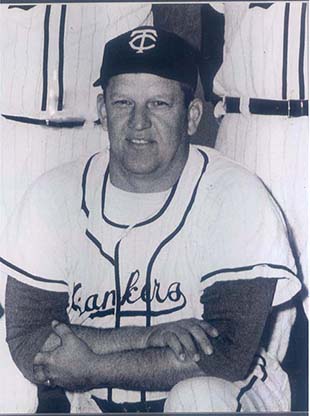 A Grant County baseball team that was founded and managed by John Atkinson. Their home field was in Gas City and games were played on Sundays and holidays.

The team played between 1958 and 1973 with over 125 players during that time period. They mostly grew up, lived or worked in Grant County. The players were post office employees, factory workers, supervisors, barbers, insurance salesmen, car salesmen, bricklayers, dentists, teachers, coaches or bankers. They also were Sunday school teachers and little league coaches in both baseball and basketball.

Most did not play high school baseball because there weren’t any high school teams at the time. They were outstanding athletes in football, basketball and track. They played American Legion, armed services teams or in college.

During those 16 years they won 242 games and lost 68 for a .781 percentage. They won eight league titles, including four in a row and seven post-season tournaments. The pitching staff had a total of 48 shutouts, while only being shutout four times.

Shortstop Harold McCollum and pitcher Don Dailey were elected to the National Semi-Pro Baseball Hall of Fame. A book about the Twin City Bankers was written by Bill Lightle, “My Mother’s Dream” published in 2010.