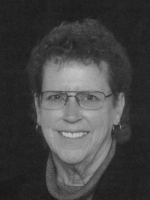 SUE  PARRISH Marion High School      Ball State University
Sue graduated from Marion HS in 1963 and Ball State University in 1968.   She was an outstanding athlete in volleyball, basketball, and track in high school and played field hockey, basketball and tennis in college.  Sue was named Marion HS “1963 Female Athlete of the Year.” She established the girls’ athletic program at Yorktown HS.  She then became the assistant director of girls’ athletics at IHSAA  from 1974-1977, where she helped organize the Girls’ State Basketball Tournament in 1976.  After girls’ basketball became an IHSAA sport, she took on the position as Warren Central girls’ head coach in 1978 developing the team into a state power over the next 12 years.  Her teams won 189 games for 71% winning percentage.  In those years, her teams won 10 sectionals, 2 regionals, 1 semi-state, and was the 1984 state runner-up.  Warren Central won the 1st Girls Hall of Fame Classic in 1984, and also won 3 consecutive Marion County championships 1983-1985.  Sue was assistant coach of the Girls Indiana All-Star team in 1984. Sue was inducted into the Indiana Basketball Hall of Fame in 2012