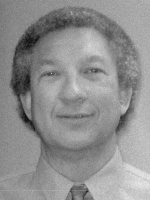 Growing up in Marion, Steve Ward saw basketball everywhere and played frequently with his cousins and friends. His interest in the game solidified while playing at Clayton Brownlee Elementary. In High School, Steve took advantage of the opportunity given by Coach Jack Colescott. He averaged 17.5 points per game as a senior on the 1965 Marion team that won 18 straight. He was named to the All-North Central Conference and the All-Grant County teams. In addition, he was the leading scorer in the 1965 Marion Sectional while earning a spot on the All-Sectional and All-Regional teams. As a result of the guidance of Coach Colescott, he developed as a player and won the 1965 Marion Basketball Team Mental Attitude Award.

After graduating, Steve attended Earlham College from 1965 to 1969 where his growth as a basketball player and person was nurtured by Coach Del Harris. As Steve pursued a biology degree for a career in Dentistry, he continued to excel in basketball: selected the MVP of the City of Richmond Tournament in 1966, named to the All-Hoosier Collegiate Conference team (1966-1968) and named to the NAIA All-District Team for three consecutive years. He also received Honorable Mention NAIA All-American team in 1968. In 1969, Steve was a member of the Indiana Collegiate All-Star Team that played a two-game series against the Kentucky All-Star Team. He was the career scoring leader at Earlham with 1,960 points for an average of 19.6 points per game over four years. Steve’s leadership improved in addition to his skills and he was named Team Captain 68-69. His high scoring game of 41 points versus Franklin College and a team record of 30 points in one half versus Ashville Biltmore were memorable. He played on the HCC Champion 1968 Earlham Team (NAIA) that averaged 102 points per game and was ranked 5th in the nation with a record of 25 wins and 3 losses.

Steve continued to pursue excellence in track during his collegiate career under Coach Jerry Rushton. He set Earlham College records in the High Jump (6’8”) and Long Jump (23’11”). The Long Jump record still stands after 48 years. He was HCC Long Jump Champion in 66, 67, and 68 and the HCC Champion in the High Jump in 67, 68, and 69. In 1967 he won the Indiana Big State Championship Long Jump at Notre Dame. Steve was also the Great Lakes College Association Champion in High Jump and Long Jump and was selected NAIA All-District 21. At Earlham, he was the field events leading scorer. Steve received the Marvel Award for Outstanding Track Athlete and the George Van Dyke Award as the top male athlete at Earlham College in 1969. In 1992, Steve was inducted into Earlham’s Athletic Hall of Fame as an individual and in 2001 as a member of the 67-68 Basketball Team. He was also selected as one of Earlham’s top ten Athletes of the 20th Century.

Dr. L. Stephan Ward used the many lessons learned from his years of participation in athletics to guide his education successfully and he graduated from Indiana University School of Dentistry in 1973. He had a very successful and rewarding career as a Dentist in Milwaukee, Wisconsin before retiring in August 2015. Currently, he stays involved as a licensed Wisconsin Track and Field / Cross Country official.