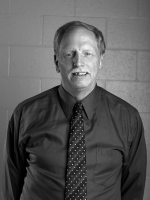 Brooks has led the Wildcats to two NAIA Division II National Championships, coming in 2007 and 2013.  The 2007 squad was the first ever NAIA women’s basketball program to finish undefeated with a 38-0 mark.  In 2013, Indiana Wesleyan went 35-3 and went on a 22-1 run in the second half of the national championship game to defeat Davenport (Mich.).

Brooks has led the Wildcats to 12 straight appearances at the NAIA Division II National Championship Tournament and has accumulated a 24-10 record.  IWU has advanced to the Sweet 16 on five occasions, the Elite Eight three times, the Final Four in 2010, and two national championship victories.

Brooks graduated from Taylor (Ind.) University in 1980 with a B.A. in Bible/Christian Education.  He was a three-starter and four year letterman while at Taylor.

When Brooks playing days were over he started his coaching career at Liberty Benton High School in Findlay, Ohio.  After three years at Liberty Benton, Brooks returned to Taylor where he served as the assistant men’s basketball coach under head coach Paul Patterson.  The 1983-84 Taylor team won the District 21 championship and made the first of many trips to the NAIA National Tournament.

After three seasons of coaching at Taylor, Brooks landed his first head college coaching job at Houghton College in Houghton, New York.  While at Houghton, Brooks finished his second master’s degree in Physical Education from Ball State (Ind.) University.  Brooks’ 1991 team finished with a best ever record of 18-9 and earned its first national ranking in the NAIA poll.

From Houghton, Brooks moved back to Taylor where he served as the men’s assistant and moved into athletic administration.  During his second stint at Taylor, the program participated in three NAIA National Tournaments and received its first ever No.1 ranking in the NAIA national polls.

Brooks and his teams are committed to striving for excellence, committed to the process and committed to honoring Christ with the gifts and abilities they have been given.