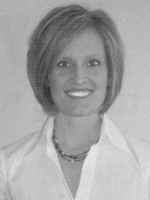 State champion gymnast Sarah Pack Grupe remains one of Marion High School's most successful female athletes. During her four years of school she earned 11 varsity letters in gymnastics, volleyball and track and field.

Yet, it was her exploits in gymnastics that sets Pack Grupe apart from other Marion girls. As a sophomore, Pack won the all-around championship and the vault at the 1989 state finals. The next year, she was the balance beam state champion.

Pack Grupe recalls that she first became interested in gymnastics when she was in pre-school. Oldest sister Elizabeth and a neighbor were learning gymnastics, and they would teach Sarah the same tricks.

From the time Pack Grupe was five years old she practiced gymnastics year round and added other sports in their respective seasons. She started competing in volleyball and track as a seventh grader, and ultimately qualified for the 1989 state track meet in the high jump.

Pack Grupe competed in gymnastics at Division I Southeast Missouri State, Cape Girardeau, Mo., and won the 1992 Freshman Award and 1993 Coach's Award. Her team earned a NCAA regional berth in 1993 and finished second in the NIT Tournament. She was a NCAA Academic All-American with a 4.0 grade-point average.

Today, Pack Grupe lives in Sedalia, Missouri with her husband Brad and three children, all promising athletes. She works as an out-patient physical therapist.