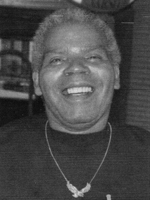 When one says that this player or that player is the best to ever play a particular sport on a particular level, well, that covers a lot of territory and a lot of years. But if you make a statement to the fact that Roger Hamilton is the greatest runner to ever play football at a Grant County high school, then you might not get much disagreement.

Of course, since Hamilton's last football season for the Marion Giants was in 1970, that was long before a lot of people were even born. That was some 40 years ago. Yet, if you are a die-hard Grant County high school football fan you just might have heard of or read about Hamilton's exploits on some of the greatest teams in not only Marion history, but Grant County history.

A few examples: Hamilton scored three times and gained 266 yards in 20 tries as Marion beat Mississinewa 43-19 in a season opener. Hamilton had three touchdowns and rushed 14 times for 175 yards as Marion whipped Richmond 50-30 in a battle of unbeatens. Hamilton ran 47 yards for a touchdown and threw a 63-yard scoring pass as the Giants ended the season with a 60-0 win and their tenth straight win.

Hamilton scored 358 points and had 54 touchdowns during the 1968, 1969, and 1970 seasons for school career marks. The Giants and Richmond tied for the NCC crown with one loss each in 1968 and Marion won it with an unblemished record in 1969. It was Marion's first unbeaten season since a 9-0 mark in 1902. The Giants outscored the opposition an average of 54.4 to 7.0 in the 1969 season. Marion's three year record with Hamilton was 28-2. Dick Lootens became head coach in 1970 after Jones resigned to join the staff at the University of Cincinnati.

The quick, shifty, and strong Hamilton simply either ran over, around, or through the defensive players in his way. Yes, Hamilton had a golden prep career, but college wasn not for him. He was involved in a wreck. Those legs, once so powerful and once which could almost outrun a deer, suddenly were stilled. He fought back from some serious injuries, but has never walked again.