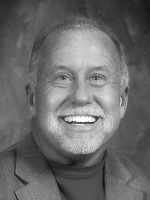 RANDY  HOLT Tippecanoe Valley HS      Marion College  (IWU)
Randy graduated from Tippecanone Valley HS after attending Marion schools from K-9, and Shakamak HS grades 10-11.  He graduated from Marion College (IWU) in 1983   He was an outstanding athlete in both baseball and basketball in his high school and college careers.  Randy was involved in competitive Powerlifting from 1980-1994, winning State and Regional competitions. Randy had a dream of a business venture.  That dream turned into the opening of Mid*America Gymnastics Training Center in Nov. 1984, following the 1984 Summer Olympics at which Mary Lou Retton captured the hearts of many by winning the Gold Medal.  In 1986, Randy won the 1st annual Indiana Judges Coach of the Year award.   In 1991 Mid*America hosted their 1st Super Summer Gymnastics Camp, which over the years the camps have brought over 20 Olympic Gymnasts to Marion. Mid*American Gymnastics Training Center has competed and represented Marion Indiana and the USA in International Children’s Games, in Ohio, 2004; Thailand, 2006; Greece, 2009; Canada, 2013; and the Netherlands, 2015.  Gymnasts have also competed throughout the US in MI, OH, KY, IL, AZ, OK, CA, MS, TN, and TX.  In 2015 and 2017, Mid*America Gymnastics participated in the Nadia Comaneci International Invitational in Oklahoma City and 2 Marion gymnasts were selected by Nadia to receive the Spirit of Gymnastics Award. Mid*American Gymnastics Training Center was selected to host 2 Indiana State Gymnastics Championships with each event bringing in over 800 athletes and families to Grant County.  From 1984 through 2017, Mid*America has had 49 Indiana USAG State Champions.