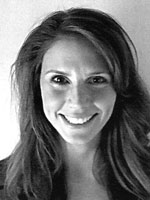 Natalie Steele's love for competition began as a young girl in Greenfield, Wisconsin playing softball. She soon found a passion for basketball, and volleyball, leading her volleyball team to the state championship.

Taylor University was the next step on her athletic path receiving a full scholarship in softball, basketball, and volleyball. However, it was in volleyball and basketball that she continued to play all four years earning seven All-American Awards in both sports combined.

Natalie holds the single season kills record for any level of collegiate volleyball (NAIA or NCAA) with 1,143 in 1995. Natalie holds the distinction as the all time career kills leader in the NAIA and all time career kills per game leader (5.53) for Taylor University. Her volleyball accomplishments include being named 1st Team All MCC and NAIA All Region for four years. Her senior season earned her 1st Team All-Tournament honors as she led the team to the Elite Eight at Nationals.

On the basketball court Natalie was named 1st Team All-MCC for four years and Conference Player of the Year for three years. Natalie set various records at Taylor University for points per game, rebounds, and consecutive free throws. The Women's Basketball Hall of Fame in Knoxville, Tennessee has her basketball jersey on display for leading the nation in rebounds per game.

Most recently, Natalie received the honor of induction into the Taylor University Hall of Fame and the NAIA Hall of Fame.

After several years teaching and coaching, Natalie is now a stay at home mom. She and her husband Doug reside in Indianapolis with their four children, Hannah, Gabriella, Nathan, and Isaac
﻿