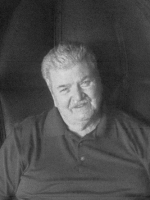 MIKE  McMILLAN Marion High School      Vietnam War Purple Heart Recipient
Mike graduated from Marion HS in 1965 and enlisted in United States Army.  He served during the Vietnam War and was a Purple Heart and Bronze Star recipient.  He returned to Marion and became Executive Director of the Grant County Boys & Girls Club for 27 years (1972-1999).  He then headed the Grant County United Way Organization for the next 10 years. Over the years, Mike mentored and nurtured thousands of kids that were seeking direction in their lives.  He ran the club which provided basketball leagues and tutoring for boys and girls.  He had a stern but compassionate approach with each individual.  The Boys & Girls Club was an escape from the kid’s home life which was not always good.  Mike provided the help and support they needed through a family atmosphere at the club. Mike never looked for awards or credit, he just loved the Boys & Girls Club and looking after kids.  The Club was a place where everyone went, whether you had no parents, one parent, or 2 parents. Many of the boys and girls that participated at the club have gone on to excel in sports, professional careers, and life.  This might not have happened had it not been for Mike McMillan.  He truly has helped turn many kids’ lives around.