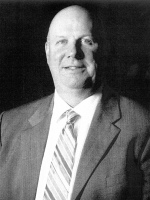 Kyle was born and raised in Marion to Richard L. Persinger and Judy K. Henn. In his childhood, he competed in almost every sport that was offered by the Marion PAL Club, Lincoln Little League and the Grant County Boys and Girls Club. During such time, Kyle met and competed with many great athletes from Marion and Grant County, a number of which would later become known as the “Dream Team”, including Jay Edwards, Lyndon Jones, Daric Keys and Eric Ewer, among others. In his youth, he and the other “Dream Team” members won the PAL Club National Championship youth basketball team. A number of such players would also team up to be AAU National Runner-Up in boys’ basketball.

At Marion High School, Kyle competed for the boys’ basketball team from 1985-1987, during which time the Marion Giants were in the greatest run of any high school basketball team in Indiana history. Kyle was a three year letter winner for the Giants and started every game his junior and senior years. The Giants won three straight state championships as well as three straight undefeated North Central Conference championships, a feat which has not been topped by any other team in Indiana High School basketball. During Kyle’s tenure, the Marion Giants had an impressive 84-4 win-loss record. In 1986 and 1987, the Marion Giants also defeated the state championship teams from Kentucky and were nationally ranked all three years.

Individually, Kyle was one of only three Giants to be a member of the all North Central Conference Team in both his junior and senior years. In addition, he was a member of the prestigious Indiana All Star Team in 1987 and later named to the Silver Anniversary Team in 2012 by the Indiana Basketball Hall of Fame. After high school, Kyle was offered full ride basketball scholarships to Division I schools, but chose to follow Coach Bill Green to the University of Indianapolis. He was a four year letter winner at Indianapolis from 1987-1991 and a three year starter. During such time he was the team’s Most Valuable Player from 1989-1990 and team captain his senior year. He still currently ranks 15th in Indianapolis’ all-time scoring list with 1,424 career points, 4th in career assists with 396 and 13th in career rebounding with 634; the only player in school history to rank in the top 15 in all three categories. Kyle is also 4th in career 3point field goals made and still holds the school and Great Lakes Valley Conference record for making ten three point field goals in one game. During his senior year, he was a member of the Great Lakes Valley Conference All Academic Team.

Kyle currently lives in Marion with his wife Kari and their four children, Vaughn, Lila, Andrea and Lucia. He is a partner in the law firm of Spitzer Herriman Stephenson Holderead Conner and Persinger, LLP.