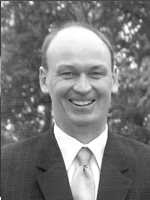 Kevin Pearson ranks as one of the greatest all around athletes in Grant County sports history as a total team competitor. It's not often that athletes can hold records in 3 different sports but Pearson was one of the top basketball players in the history of Indiana Central, left Marion High School as the holder of the all time longest field goal kick in school history, competed in the decathalon and was a 7 foot high jumper, (71.25" personal best) in track at I.C.U.

While a 3 sport athlete at Marion, Kevin was one of the senior leaders of the 1975 Basketball State Champion Marion Giants who won the school's first state championship in 49 years. Kevin was a ferocious rebounder who brought his A game to the court every night. Kevin held the season rebound record at Marion until it was recently broken by Zach Randolph.

Kevin earned a spot on the Indiana All Star team his senior year. After competing against the Kentucky All Stars, he traveled to Europe and Russia that summer with the U.S.A. Junior National Team.

Kevin's choice of college was Indiana Central, now the University of Indianapolis, where he left with school records in basketball and track. In basketball he is still the all time career leading rebounder. 1045 rebounds, while averaging season highs of 20.1 points and 11.5 rebounds. He set the high jump school record and still holds the school decathlon record, 6375 points, and left many with the feeling he could have taken his talents all the way to the Olympic Games.

In 1979 Kevin was selected the winner of the prestigious Tony Hinkle Student Athlete of the year for academics and sport achievement and was named NCAA Division II All American in basketball. In 1986 Kevin was selected as the University of Indianapolis athlete of the 70's decade and inducted in the inaugural class of the university's hall of fame.

Kevin taught and coached at Lawrence North High School, Indianapolis, and Eastern High School, Greentown, before returning to Grant County. He took his intense competitive style to Oak Hill High School as head coach of the Golden Eagles basketball team winning numerous tourney titles. Kevin continues to live and serve the Oak Hill community on the School's Board of Directors.

Kevin and his wife Denise are both business owners in Grant County. They are parents to Leah and Keith and grandparents to Hazel, 6 months.