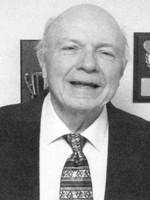 Ken Hill is a native of Lexington, Kentucky. He's a 1953 graduate of Henry Clay High School, Lexington. Heattended Eastern Kentucky one year and then transferred to the University of Kentucky from where he graduated in 1958 with a degree in journalism. He pitched for the Kentucky baseball team.

After the Air Force duty, Hill worked at newspapers at Niles, Michigan and Midland, Michigan. He was the sports editor at each place.

Hill worked for a newspaper in JanesviIle, Wis. and then with the Las Vegas Sun before coming to Marion in July, 1967. He became the sports editor of the Marion Leader-Tribune, the morning paper. He worked there a little over three years before resigning. Hill worked as a sports reporter for the daily newspaper in Springfield, Ill., but all the while - before he left Marion and when he worked in Illinois - he had the idea of starting a weekly all- local sports paper in Marion. He was encouraged by many local people to do so but some also said such a paper would die within three to six months. But Sports Hotline became a reality in June, 1971. An issue has been published each and every week since the first one was printed. Sports Hotline is known as "America's Oldest One-County Local All-Sports Weekly."

Tennis and racquetball are his athletic playing passions these days as they have been for years. Sports Hotline has sponsored a local tennis league and tennis tournament for years.

Hill would like to thank all the wonderful sports-minded people in Grant County for their loyalty and support since he first arrived here in July, 1967. Without them, there would be no Sports Hotline and without them Ken Hill's life would not be as satisfying as it has become.