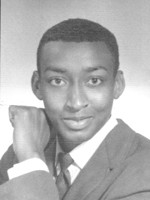 Jovon Price never averaged more than seven points in two seasons with the Marion High School boys' basketball team. Yet, few players had more of an impact than "Spider", who starred for one of the Giants' greatest teams.

The 6-foot-6 Price gained his nickname for his freakishly long arms, and he spun his web to shut down some of the best offensive players of his era, from Dave Swetnam to John Ritter and Billy Shepherd. With his length, quickness and jumping ability, Price often was called on to put the clamps on anyone from point guards to centers.

As a starting guard for the Giants from 1967-69, Price helped lead them to back-to-back state finals, along with two sectional, regional and semistate championships. At state, the Giants lost one-point decisions in the semifinals to Indianapolis Shortridge in 1968 and Indianapolis Washington in '69.

The '69 Giants had been unbeaten and led Washington, considered one of Indiana's all-time greatest teams, until the final minutes. Price and teammate Joe Sutter went on to make the Indiana All-Star team.

Price's athletic prowess also was on display in track and field, where he excelled at the high jump and set the school record of 6 feet, 6 inches. That jump occurred in the state finals meet and gave Price a second-place finish in the event.

After high school, Price played basketball three seasons at Purdue University and was the Boilermakers' co-captain in his senior season. Price was in management training with General Motors and playing for local AAU teams when he received an offer to play basketball professionally in Europe. Price spent the next 20 years globetrotting around the world in various pro leagues, where he gained more fame for his defensive play.

Price was named to the Indiana Basketball Hall of Fame's Silver Anniversary in 1994. After ending his playing career at age 43, Price returned to the United States. He died Nov. 1, 2007 in Indianapolis.