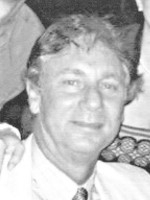 John Sutter was a stellar basketball player for the Marion Giants in the mid 60’s. Standing 6’8”, he was one of the tallest players to play for MHS. He was an outstanding shooter, an excellent rebounder, and could play out on the wing or underneath, depending on where he was needed.﻿
A fractured foot held him back some in his sophomore season, but he came on strong his junior and senior year to lead the Giants to two very successful seasons, winning 38 games while losing only 13. His junior year, the Giants were 17-7, winning the NCC with a 7-1 record, Marion’s first Conference Championship since 1940. They won the sectional tournament only to lose to Anderson in the regional. John scored 244 points in 17 games for an average of 14.3 points per game and pulled down 145 rebounds for an average of 8.5 per game. He missed seven games due to a fractured wrist.﻿
John’s senior year the Giants compiled an overall record of 21-6, winning the sectional and regional tournaments before losing to Ft Wayne South in the championship game of the Semi-State. He was named to the All-Sectional team, All-Regional team, All- Semi-State team, and was a 1st Team NCC selection. He ended the season with 464 points in 23 games for an average of 21.8 per game, missing four games due to a bout with mononucleosis. John finished with 296 rebounds for an average of 12.9 per game. Very consistent throughout the season, he failed to reach double figures in only one game and in his final high school game, he scored17 points against the great Willie Long.﻿
Following graduation in 1967, John received a basketball scholarship to Tulane University. He was a three year starter for the Green Wave, 1969 through 1971. His finest year was as a junior when he averaged 24.3 points per game, which is second in the school’s history. As a result, he became a 1st Team All-American from Tulane. John ended his career as one of the leading scorers in the history of Tulane Basketball. One of the biggest games in John’s career, and Tulane’s history, occurred in 1969 in front of an overflow crowd when Tulane defeated a highly ranked LSU team 110-94 despite an incredible 66 point performance by “Pistol Pete Maravich”.﻿
John and his family reside in Tavernier,Florida.