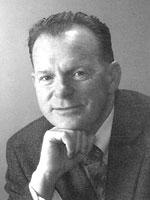 John Foss began his running career at Delton High School in Michigan and was recently inducted into their Hall of Fame. Finishing high school as an All State athlete in both cross country and track, John established varsity records in cross country, the mile, 2-mile and numerous relays. He finished his high school career with an invitation to the International Friendship Games at the National Stadium in Kingston, Jamaica.

During a four year career at Marion College (Indiana Wesleyan University), Foss was a two-time NAIA All American in cross country, three time NCCAA All-American in the 1,500-Meter and was undefeated his junior and senior year in cross country meets excluding the NAIA National Championship meet.

After college, Foss ran professionally for a company out of Pennsylvania for two years, establishing bests in the 10K run (29:16) and the half-marathon (1:03:36) on the roads.

In 1987, Foss took over a dwindling track and field program and in the past 25 years has built it into one of the most respected programs in the NAIA and at all levels in the State of Indiana. Blessed with outstanding athletes, a talented coaching staff, and an administration that supported the program with state of the art facilities, Foss' Wildcats have hosted the NAIA National championships in Marion the past four years.

Foss earned a Master's Degree in Sports Management from Ohio State University and has spent the last 25 years teaching and coaching at Indiana Wesleyan. He has been married to Beth Foss for 30 years and they have four children, Seth, Josh, Alyssa, and Chris.