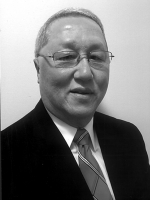 John began playing all sports at an early age. At 12, he was named the most valuable player in the Lincoln Little League. At Jones Jr. High, he was a starting guard on the 7th, 8th, and 9th basketball teams, all of which were undefeated. He was also the starting quarterback for the 7th and 8th grade teams losing only one game.

Entering Marion High School, John was a three year starter at shortstop on the baseball team and a member of the 1968 State Runner up Team. In his senior year he was named Captain, Batting Champion, MVP, and NCC All Conference.

As for football, John was a three year varsity player. He started at quarterback his junior and senior years and had a record of 19-1. He led the 1969 Giants to an undefeated season and a #1 state ranking. He was named Captain, All Conference, and 1st Team All-State at quarterback. During high school John was awarded nine varsity letters, the Rotary Club Athletic Award, and Grant County Athlete of the Year (1969).

John attended DePauw University where he played basketball and baseball. He was a four year starter as an infielder for baseball and was Captain and All-Conference.

In basketball, he was a three year starter. He was named Captain and voted MVP during his senior year. While at DePauw, John earned seven varsity letters. He also led his intramural football team to three championships. After college he returned to Marion to teach and coach. He coached football and baseball at Justice Jr. High for two years before a career change.

He played fast pitch softball for several traveling Indiana leagues. Golf quickly became one of his favorite past times. He has won five club championships at Arbor Trace Golf Club. ||||| John resides in Marion with his wife Nancy. They have two sons, Kyle and Todd, and two grandchildren Sydney and Dylan. He is very proud that he and both sons played in the IHSAA basketball state finals for Marion. In all, John and his sons combined to play in 10 IHSAA State Finals.