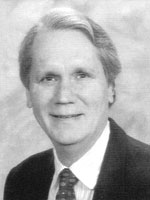 Joe Sutter played three varsity seasons for Marion High School (11967-1969), as Jack Colescott led the Giants through highly successful campaigns with a total record of 70-13. All three teams made deep runs in the IHSAA tournament, losing in the semi-state final game in 1966-67, losing the afternoon game of the state tournament to Shortridge HS in 1967-68, and returning to the state tournament in 1968-69, undefeated and ranked #2 in the state, only to lose the afternoon game by one point to #1 ranked Indianapolis Washington 61-60.

Joe was considered a versatile player on both offense and defense, being named to All-Tournament teams through the state tournament cycle in 1968 and 1969. Joe was team co-captain, all-NCC, and won the coveted Trester Award in 1968-69 season. He started on the Indiana All-Star team that beat Kentucky twice and was inducted into the Indiana High School Basketball Hall of Fame in 1994 with the Silver Anniversary team. Later, he was selected to the Grant County All-Century Basketball Team.

Tennis was also an important part of Joe's athletic career, and he was twice named Indiana Boys' State Singles Champion, playing four seasons for Marion High School. He lost only 2 matches in his final two years playing at #1 singles position. For his basketball and tennis achievements, Joe received the 1969 WBAT Mr. Senior Award as the outstanding senior athlete at MHS.

Following his basketball career, Joe obtained a Master's Degree in physical therapy from Duke University. Later he moved to Richmond, Virginia, establishing the Tuckahoe Physical Therapy Corporation. He remains president of the corporation, which involves 18 outpatient clinics in Central Virginia, with an emphasis on prevention and treatment of athletic injuries. In addition, his career has provided educational and research opportunities. He has delivered over 150 professional presentations, published textbooks, and sports related scientific journals, and taught at the doctorate level in physical therapy.

﻿Joe has been active in youth sports with the Richmond Virginia Metro Boys' AAU basketball club, coaching two state champions. He was a multi-sport coach with the YMCA, starting the girls' basketball program.

Joe was a founding member of the Richmond Sports Backers, a nonprofit organization promoting amateur sports, awarding nearly one million in - college scholarships to high school athletes. Joe lives in Richmond. Virginia, with his wife Jorene. They have two children, Sarah and Eric.