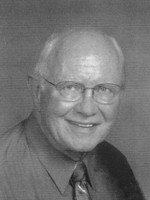 During a nearly 30-year coaching career spent entirely in Grant County, Jim Law showed he was adept at building and reviving football programs at the high school and collegiate levels. Law won 168 games at Oak Hill and Taylor University and was elected to the Indiana Football Hall of Fame in 2005.

Beyond his on-field success, Law established a Fellowship of Christian Athletes chapter at Oak Hill that once was the fourth largest in the nation. A tireless worker for the Indiana Football Coaches Association, he sat on the committee that helped set up the state's first postseason state tournament.

Although Law wasn't Oak Hill's first coach, he built on the program Virgil Landry established and compiled an impressive 127-54-2 record from 1963-81. Law's greatest success came with the back-to-back unbeaten 1969 and '70 teams that outscored opponents 742-20 over the two seasons.

In 1977, Law advanced to the Final Four of the Class A state tournament he helped create, and he had assembled another outstanding team that would win the 1982 Class A state championship. Yet, he left Oak Hill in the spring of '82 to take over a Taylor program that hadn't produced a winning season in nearly a decade.

During nine seasons at Taylor, Law built the Trojans into a winner, and he retired after the 1990 season with a 41-34-2 record. He had a five-year run where the Trojans were 3117-1 and was the most successful period in the program's history. Law was named NAIA district coach of the year three times, and in 2000 was inducted into the Taylor Athletic Hall of Fame.

Law resides in Converse with his wife Sybil. Each of their three sons, Bart, Brad and Todd were successful athletes at Oak Hill. Todd also went into coaching and guided the Golden Eagles girls' basketball team to Class 2A state runner-up finishes in 2008 and '09.