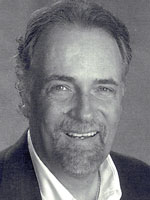 It all started the night Bill Brunner took his 9-year-old son Jim to see eventual state champion FW Southside play FW Central in front of 10,000 fans at the Memorial Coliseum. Fifty-five years later Jim Brunner has become one of the most recognizable voices in the history of Indiana sports.

Jim graduated from FW Concordia in 1966, and received a B.S. from Indiana University in 1971 in Radio and TV. Those days were highlighted by Brunner competing for the Cadets in cross country and golf while covering sports for the student paper, and then working for WIUS Radio in Bloomington where he covered lU's run to the Rose Bowl in 1967, and their five straight NCAA swimming titles led by Mark Spitz.

Jim was mentored in his early days by the legendary Bill Fowler, already a member of the Grant County Sports Hall of Fame. Once Fowler retired in 1977 Brunner worked with a great number of sidekicks including Ken Double, Greg Bell, Dave Poehler, John Moses, Tim George, Chris James, Jeff Frantz, Rocky Adrianson, Shane Nevers, and Jess Alumbaugh. In 1999 Jim received the IHSAA Distinguished Media Service Award and in 2007 had the Bill Green Athletic Arena Press Box named in his honor.

Brunner has won numerous athletic events in Grant County highlighted by teaming with David Dennison to win the Grant County Doubles Title in tennis, and is a two time flight winner in the CT Grant County Golf Tourney. He is married to Dory, a former Marion school teacher, and has one son, Paige, now a coach at Oak Hill. Jim and Dory have two grandchildren Quinn and Leo, and daughter-in-law Iris Brunner.