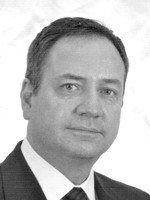 Jeff Todd had an outstanding athletic and academic career at Marion High School. He played varsity basketball from 1978-1980 and both varsity golf and varsity tennis from 1977-1980.

Todd was All-North Central Conference in all three sports as well as All-State and All-Academic in all three sports. He competed in each of these sports at the state finals. Jeff was the third medalist in the IHSAA golf state finals in 1980. He was the 1980 IHSAA Trester Award Winner in boys' basketball. Todd made the Indiana All- Star team in 1980 and was chosen for the 2005 Indiana Basketball Hall of Fame Silver Anniversary Team in 2005.

He is a three-time winner of the Grant County Golf Amateur. He has been the club champion at three different golf courses in Central Indiana. Todd was the winner of the IGA Tournament of Champions in 1986. He won the IGA Four Ball in 1991, and also in 1991 he captured the IGA Indiana 'Public Links Championship.

Jeff graduated from Ball State University in 1986 and from Indiana University School of Law in 1989. He has been Judge of Grant County Superior Court 1 from 2003 to the present.