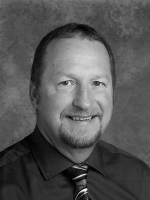 Jeff Adamson is a 1982 graduate of Eastbrook High School. While at Eastbrook, he lettered in football, wrestling, and baseball.

Jeff followed his high school football coach, Bob Cornell, to Manchester College where he was a four year letterman in football and was a captain his senior year. He graduated in 1986, majoring in Social Studies and Secondary Education. Plans were in place to begin a Graduate Assistant position at Mississippi State University after graduation. Two week away from moving to Mississippi, Adamson was contacted by Dave Martz, Athletic Director at Eastbrook, about a teaching and coaching position opening at Eastbrook High School. The thought of returning to his alma mater to teach and coach was too exciting to pass up.

Adamson returned to Eastbrook in 1986, teaching Social Studies and coaching freshman football, wrestling, and baseball. In 1989, he was named the head football coach at the young age of 25. To that point, the program had only eight winning seasons, three conference championships, and no playoff wins through the first 24 years of existence.

Coach Adamson has been very active in the Indiana Football Coaches Association, working to improve and promote football throughout Indiana. Adamson was elected president of the IFCA in 2010. During his tenure, the IFCA worked with the IHSAA to create the current six-class playoff structure and revised the summer participation rules. In 2012, Adamson received the President’s Award from the IFCA. He continues serving the IFCA as the liaison to the Indiana Football Hall of Fame and as a member of the Rating Board and All State Selection Committee.

Jeff has been married to his high school sweetheart, Kandi, for 30 years. Jeff and Kandi have three children, Anthony, Sarah, and Jeremy. They are looking forward to their first grandchild, which is due this summer.