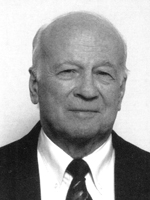 In just six short seasons as Marion's coach, Colescott transformed the Giants from perennial also-rans to arguably Indiana's most storied boys' basketball program. Although he never led the Giants to a state championship, Colescott set in motion the six state titles that Marion teams would win after he gave up his position.

Yet, Colescott's short tenure as Marion coach is only part of the impact he has made on Grant County sports over the past 60 years. As a standout athlete at Gas City High School and Indiana Central College (University of Indianapolis), his early career coaching every sport at Swayzee High School, and later years as Marion athletic director, Colescott has helped shape the lives of countless young men.

Under Colescott, though, Marion basketball never had been bigger or more successful. His first team, led by high scoring Harold Curdy, won a school record 18 consecutive games and advanced to semistate for the first time in six years. The next year, Marion won its second North Central Conference championship and first since 1940. Colescott's third team advanced to the final eight of the state tournament.

It was just a prelude for the next two seasons. The 1968 and '69 teams both reached the state finals, where the Giants suffered crushing losses in the afternoon. The '69 Giants were unbeaten and led mighty Indianapolis Washington and George McGinnis heading into the final minute of play. Forty years later, Marion- Washington is considered one of the greatest state finals games ever played. School Sports Picture of Jack Colescott

After the 1970 season, Colescott gave up coaching with a 122-37 record to become Marion athletic director. One of his first moves was to hire Indianapolis Washington coach Bill Green as his successor. With Green and his son David leading the way, the Giants would win a state title in 1975 - and Giants teams have added five more since then.

In the 1980s, Colescott returned to coaching at the freshman level and later was assistant for the Giants baseball and basketball teams. He won a state championship in 1984 with the baseball team. After retiring from teaching, Colescott continued as an assistant for son-in-law Glenn Heaton at Fort Wayne North and from 2002-07 at Mississinewa.