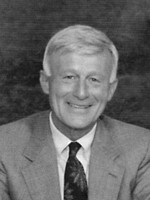 George Glass had an outstanding career not only as Taylor University athletic director, but also as a coach. Glass was the Taylor men's head cross country coach and track coach from 1960-1985. During that time, he produced 32 conference championship teams, won 32 Coach of the Year awards and coached two individuals to NAIA National Championship titles. From 1966-1979, teams coached by Glass won 14 consecutive track and field championships. He also spearheaded seven straight conference cross country titles from 1966-1972.

The Taylor cross country program rose to NAIA prominence under Glass, earning Top 10 honors at the NAIA Nationals five different times. Glass, who was inducted into the Taylor Hall of Fame in 1977, served as a professor in the physical education department and as the director of athletics for 27 years. The Taylor University Alumni Association acknowledged his service in 1998 with the highest level of recognition, the "Legion of Honor". Glass has also been inducted into the NAIA Hall of Fame.

In 1984, the United States Olympic Committee asked Glass to serve as one of the judges at the Olympics in Los Angeles, California. During the summer of 1996, he served as chief official for the Olympics in Atlanta, Georgia.

The track and field facility on the Taylor University campus is named the George C. Glass Track & Field Complex in his honor. Glass is still an active member of the Taylor community and serves on the Board of the Taylor Athletics Hall of Fame.