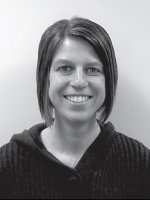 Deb Porter grew up on the basketball and tennis courts of Marion Indiana.Deb is a graduate Marion High playing both basketball and tennis all four years, and golf her senior season. On the basketball court, Deb averaged 18.1 points and seven rebounds her senior year and shot a school record 53% from the floor for her career. In tennis, Deb played four years at #1 singles, compiling an 85-13 record. After finishing 5th in the state as a sophomore and 3rd in the state as a junior, Deb had her best season as a senior with a 25-1 record with her only loss coming in the state finals. She was named to the Prince All-American Team and at one point in the season won 83 games in a row. Her senior year accomplishments earned her the distinction as the 1992-93 Grant County Female Athlete of the Year and Sports Hotline Co-Athlete of the Year.

Deb played tennis and basketball at Indiana Wesleyan University under her father, Terry Porter. On the basketball court, Deb ended her four years as the career scoring leader with 1,872 points (52% career field goal percentage), career rebounding leader with 1,006 rebounds, and was second all time in assists with 485. She played in 132 games. Her most memorable game was during her freshman season when she scored 40 points vs. Michigan Dearborn, which is still an IWU record for most points in a game. In her college career, she was MCC All-Conference four years, NCCAA All-American three years, and was an NAIA and NCCAA Academic All American. On the tennis court, Deb spent four years at #1 singles and was an undefeated 75-0 regular season play. She was the MCC conference champion four years in single and doubles, an NAIA and NCCAA All-American, and helped lead the Wildcats to three NAIA national tournaments.She graduated in 1997 with a degree in social work and was named the 1997 Most Outstanding Female Athlete at IWU.

﻿Deb and her husband,Jason, live in Marion where she remains active in the sports community coaching youth basketball and tennis. She isemployed with MarionCommunity Schools inthe Head Start Programas a social worker andcoaches the JuniorHigh tennis team. Herdaughters Elizabeth andAnna played on her teamlast fall.