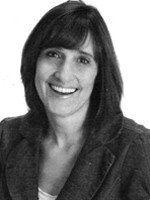 Dawn Davenport Begor was one of the most outstanding girls' athletes in Grant County high school history. She starred in volleyball, basketball and track for the Eastbrook Panthers.

The Eastbrook basketball team reached the state finals, and the Panthers also had a very strong volleyball team. Eastbrook finished with a record of 25-1 in 1983-84 when the team reached the state's Final Four. Davenport averaged 22.7 points that season. Davenport and standout teammate Janna Bragg were co-winners of the Sports Hot/me 1983-84 Grant County High School Girl Athlete of the Year award. Davenport was the Grant County Player of the Year as Eastbrook won the school's first regional volleyball crown. She had 250 kills during the regular season, her serve percentage was .928, and she had 54 blocks. Eastbrook had a 29-4 record. Davenport accomplished a rare feat as she went over both 1,000 points and 1,000 rebounds for her career. Davenport shot .578 from the field. Davenport (along with Bragg) was named to the Associated Press five-girl All-State first team. Both girls were named to the Indiana All-Stars. Davenport also participated in track-field but had to give it up because of playing Munciana volleyball.

Dawn went to the University of Texas on a volleyball scholarship. She not only was a first team all-American in 1988 but also was the national player of the year as she led the Longhorns to the NCAA championship held in Indianapolis. Dawn was a three-time all-Southwest Conference selection and was the league's player of the year in the national championship season. She was a NCAA post-graduate recipient in 1989. She was inducted into the 2000 University of Texas Women's Hall of Fame Inaugural class.

Dawn has been teaching English and coaching volleyball at Mt. Lebanon High School in Pittsburgh since 1996. Her teams have won four Western Pennsylvania titles and two state crowns.

She is married to Brian Begor and they have two children. Kate is 16 and Flynn is seven. Kate plays volleyball and has accepted a full scholarship in that sport to NCAA Division 1 Duquesne University in Pittsburgh. She's been a two-time All-State player.