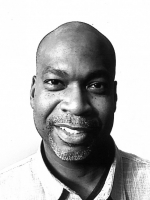 DARIC  KEYS Marion High School      Wake Forrest University
Daric graduated from Marion HS in 1987 and Wake Forrest University in 1992.  He was a 3-sport standout in high school in football, basketball, and track.  He earned All-State honors in football his senior year.  He went to track State Finals in high jump both his junior and senior years.  Daric still holds Marion High School’s high jump record of 6 ft. 10 in.  He is best known for his basketball skills.  He was a member of the “Dream Team” that won 3 straight basketball State Championships, 1985-1987.  Daric was chosen as an Indiana Basketball All-Star his senior year.  He was also named Grant County Athlete of the Year in 1987. He went on to attend Wake Forrest University with a basketball scholarship; however, chronic knee problems ended his career.  Daric is giving back to his community as the head coach of the freshman boys’ basketball team at Hilliard HS in Ohio.  Daric credits his sister Trena, a former Miss Basketball and Notre Dame women’s basketball standout, as the person that truly inspired him.  She was his role model.  He gives her credit for showing and giving him opportunities and always inspiring him. Daric believes that many young athletes have opted to specialize in one sport and thinks they should participate in other sports and not limit themselves.  His goal was to always try to be the best at whatever it was that he was doing.