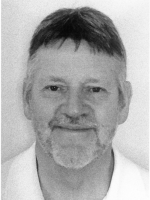 In basketball, the 6’6” center established twelve different Madison Grant records his senior year 1972-73. He led the Argylls to a 19-6 season winning the Grant County Invitational and the Marion Sectional Tourney for the first time in history. “Sully” led Madison Grant in scoring and rebounding his senior year. Madison Grant High School individual basketball records include:

Craig was voted Chronicle Tribune’s All Area High School Basketball Player of the Year for 1972-73 and his Coach Jack Ford was voted Coach of the Year. Craig was also an All-County and All-Sectional Center.

Craig was the Sports Hotline Grant County 1972-1973 Player of the Year.

Craig received the Don Rhoads Sportsmanship Award which goes to the Madison Grant varsity basketball player who excels in mental attitude both on and off the court.

After graduating from Madison Grant, Craig attended Cumberland Junior College on a full two year basketball scholarship playing for Coach Cliff Ellis. He averaged 15 points and 11 rebounds while shooting 54% from the floor. Craig was named to All Tennessee Jr. College Conference and All Region 7. After graduating from Cumberland he went to the University of Richmond on a full basketball scholarship playing for Coach Carl Slone. In the 1975-76 and 1976-77 season he helped lead the Richmond Spiders to their first back to back winning season since 1959.

Craig lives in Fairmount with his wife Cathy. He still plays league basketball at the Fairmount Gym.