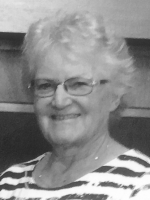 Connie Garrett grew up in Marion and attended Marion High School graduating in 1962. Her parents were Dwight and Clara Garrett and they resided in Marion until they went to a nursing home facility in Flora at age 73. They raised a family of four boys and three girls and Connie was the middle child. In high school Connie was on the yearbook and newspaper staff, was a member of the Girls Pep Block, and a member of National Honor Society.

The first of her family to attend college, Connie was fortunate to receive full academic and financial needs scholarships to attend Franklin College. She planned to teach either Math or English but fell in love with basketball where the staff had started the first girl’s basketball team her freshman year. She played all four years as a starter. (It should be mentioned that we did not win a game until our junior year and won ten our last year.) Getting the chance to participate in numerous sports convinced Connie to change her major her junior year to physical education. Even then coaching was not in the picture but definitely changed the life path.

After completing student teaching in the fall of 1967, there was a job waiting teaching physical education in the elementary schools in the Huntington school. After three years Connie wanted to teach in a small school and she ended up at Clinton Prairie Jr-Sr High School just outside Frankfort and remained there until retirement from teaching at age 55, from coaching at age 63, and from part-time athletic director at age 70.

Coaching soon became a real passion. It started as GAA sponsor where several area Physical Education teachers started teams and got together to play when they were “allowed” gym time. In the mid 70’s the IHSAA sponsored girl’s basketball and other girls sports soon followed. Connie coached track, basketball, volleyball, and gymnastics for a few years just because she was the Physical Education teacher. Gradually she became the official coach of volleyball and basketball and was a paid coach instead of just GAA sponsor. Coached track for 10 years and won 2 sectionals and had several athletes participate in the state finals with a second place finish in the high jump the best.

She coached volleyball for 36 years with a total of 841 wins and 297 losses. Her teams won 25 conference championships, 24 Sectionals, 7 Regionals, 5 Semi-states, and 3 State championships. The first in 1984 was before class sports so CP took on all the “big” schools and won it all! Connie was named to the Volleyball Hall of Fame in 1998 which was through the Indiana Girls Sports Association. There were numerous players from Clinton Prairie who went on to play at the college level. The most notable were Marianne Smith, an All-American at Purdue, and Sharon Oesterling, a setter at the University of Minnesota.

Connie also coached basketball for 36 years with a total of 387 wins and 298 losses. Teams won 7 conference titles, 9 Sectionals, 4 Regionals, 1 Semi-State and 1 State title. Two athletes were named to the Indiana All-Star Team-Marianne Smith in 1981 and Kourtney Mennen in 1999. Connie was honored to coach the All-Star team in 2000 when Indiana girls won both games over the favored Kentucky team. Connie was shocked to be selected to the Indiana Basketball Hall of Fame in 2004 and have her picture in New Castle.

Connie was also named to the Clinton Prairie Hall of Fame, the Franklin College Hall of Fame, Citizen of the Year in Clinton County, and carried the torch in Frankfort in the Indiana Bicentennial Relay.

Connie is now retired and lives in a retirement village in Frankfort (next to the golf course) where she plays lots of golf, plays in several bridge groups, and bowls in a couple leagues. Retirement after all the years of being on the go is really enjoyable and relaxing.

Another major part of Connie’s life was when she gained guardianship of a 7-year old niece, Wendi. Within a year Connie was the first to admit she became a better coach after being a parent. Wendi had two beautiful children and Connie was overjoyed to become grandparents to these beautiful “babies.” One married this past fall and the other is a freshman at Culver-Stockton College in Missouri where she is a basketball player. Hopefully, a shoulder injury will heal as she was redshirted this year.

Looking back at all the years, the awards and wins were great but the real joy was working with players and seeing them row and become young ladies. Made so many great friends through coaching, even with some referees.

To think this all started at Horace Mann Elementary School in Marion. Having teachers through Martin Boots Jr High and Marion High School who believed in me and urged me to find a way to go on to college. What a wonderful career it turned into from the foundation in the Marion school system.