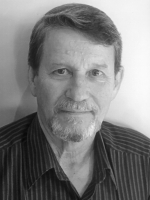 CHARLIE  ARRENDALE Marion High School     Marion College (IWU)
Charlie graduated from Marion HS in 1967 and Marion College (IWU) in 1971.   He was an outstanding athlete in both football and baseball during his high school and college careers. In HS football his record as a starting Quarterback was 17-7-2.  His career passing stats were 175 completed out of 376 attempted; career passing yards 3122, and 35 career touchdown passes.  He was selected to the Indiana North Football All-Star team in 1967. In HS baseball his pitching records were 4-3 record with 1.4 ERA in 1966 and a 5-2 record with 2.0 ERA in 1967. At Marion College (IWU), he was selected Athlete of the Year in 1970 and all NAIA District 21 pitcher in 1970.  He lead the nation in strikeouts with 127 in 62 innings, with single game strikeout record of 23 in a game (record still stands), single season ERA of 1.01, single season strikeouts of 127 and had 2 No-hitters.  He was inducted into the Marion College Journal Sports Hall of Fame in 1973. Charlie was drafted by the Pittsburg Pirates in 1971 and played 2 years in the minor league in which he had 1 No-hitter with 15 strikeouts in that game.  Charlie has lived his entire life in Grant County and has served as Head baseball coach at 3 Grant County schools:  Bennett HS (1992 & 1993); Marion HS (1995-1998); and Mississinewa HS (2015).  He owns and operates his own business in Grant County and gives back to the youth by giving free instruction to anyone that asks for assistance.  He has generously shared his gifts, talents and time helping young athletes.  He has coached record winning teams in baseball and it is clear that the athletes admire and respect him.  “Charlie Arrendale  is the definition of a Hall of Fame Athlete.”