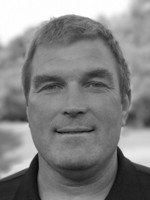 ANDREW  KING Oak Hill High School      DePauw University
Andrew graduated from Oak Hill HS in 1981 and DePauw University in 1985.   He was an outstanding athlete in both football and wrestling in his high school and college careers. In HS football, he earned all-county and all-conference recognition in 1981.  In HS wrestling he lettered 4 yrs., he was 2 time Grant County champ, 1 time MIC champ, 3 time Sectional, 1 time Regional champ, and 2 time Semi-state qualifier.  He had a 4 year record of 53-20 (.726 winning percentage).  He was the winner of the 1981 Male Athlete of the Year Award at Oak Hill. At DePauw University, he was a 4 year letter winner, he was voted the Defense Captain for the 1984 season, and awarded the “Tiger of the Year Award” (1984).  In wrestling, he was voted Most Valuable 4 straight years.  He graduated with a BS degree in Computer Science.  After college he spent time in Finland playing and coaching American style football. His coaching career started in 1987 and continues into the 2018-2019 season, marking his 32nd year at Oak Hill as the wrestling coach.  At this time his career coaching record is 409 wins and 159 losses in dual matches.  His record includes: 29 Grant Four, 13 conference, 18 sectional and 3 regional championships. Coach King is an outstanding role model for young men, teaching that through hard work anything is possible.  He teaches them to have pride in themselves and team members.  His dedication, support and inspiration to his wrestlers has developed Oak Hill’s wrestling program to an elite level. Andrew and his wife, Jennifer have 4 children.  He owns and operates CCI Construction.